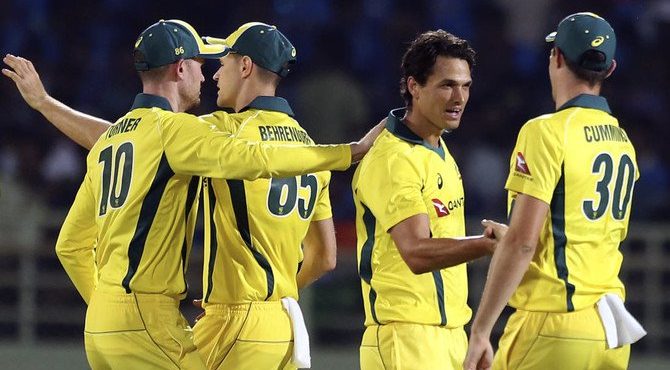 The Australian team won by 3 wickets in the first T-20 cricket match against India. India has come with an Australian team led by Aaron Finch to play two T20s and five ODIs.

In the first T-20 cricket match was held in Visakhapatnam. Australia won the toss and decided to bowling first.

The Indian team scored 126 for 7 wickets in 20 overs. Target of 14 runs in the last over, Richardson and Cummins were responsible for winning the match. Australia has a 1-0 lead in the 2-match series.