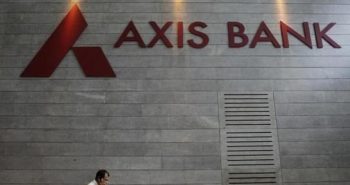 Private sector Axis Bank has said it has so far suspended 50 accounts and 24 employees for suspicious activities in its operations.

Axis’s retail banking head Rajiv Anand said so far the investigating agencies had visited eight branches, including five in New Delhi, and the number of employees suspended has gone up to 24 from 19 last week.

“We currently have 50 accounts under suspicion but that number keeps on changing on a daily basis as some accounts are cleared after receiving satisfactory information or some are added because of fresh questions,” said Rajesh Dahiya, executive director at Axis Bank.

Eight of the bank’s branches, five of them in Delhi, have been investigated by government agencies for suspicious transactions linked to the ongoing exchange of high denominated currency, they said.

Its branch in Noida sector to be investigated by the income-tax department on Thursday  and news agencies have reported that 24 accounts — mostly of low income workers — with deposits aggregating Rs 60 crore were unearthed.

However, Mr Anand conceded that a bulk of the affected accounts are in the bullion trade. Axis Bank is the largest domestic lender in the bullion import space.