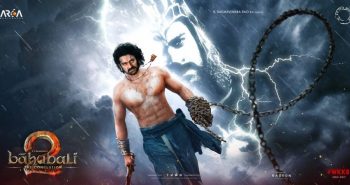 The much awaited second part of blockbuster Indian period movie Baahubali has run into trouble with the leaking of a nine-minute video of a war scene. Scenes from Baahubali 2-The Conclusion were leaked and uploaded on the social media platforms.

The producer of the film, in a complaint to the Cyber Cell, has stated that raw footage of the film has been stolen and uploaded on social media without permission.

The video has now been deleted and the police have arrested the mega budget movie’s graphic designer.

The suspect, identified as Krishna Dyanand Chowdhary, was arrested by the Hyderabad Police based on the complaint filed by the filmmakers. Chowdhury is said to be working as a trainee graphic designer at the Annapoorna Studio in Hyderabad, where the editing of Baahubali 2 is underway.

Shobu Yarlagadda of Arka Mediaworks, the producer of the film, tweeted: “It is very unfortunate that a small unfinished video clip of @BaahubaliMovie was leaked online yesterday. The person responsible for the leak was identified with the help of security features in place and was arrested late last night by police and handed over to cyber crime.”