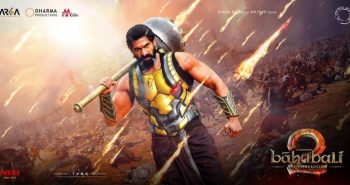 It is a special birthday of Rana Daggubati today and as expected the makers of Baahubali have released his new ‘first look’ as Bhalladeva from Baahubali 2.  The actor shared images on his Twitter profile on Wednesday. In this new poster, Ran look fierce and powerful, seen in yellow armour.

The official facebook page of Baahubali posters and captioned it, “On the occasion of his birthday, here is the first look of Rana Daggubati as our mighty Bhallaladeva in #Baahubali2”.

The shooting of the film Baahubali 2 is expected to wrapped up completely by December 27. From then onwards it’s all about post production as the film gets readied to hit screens worldwide on April 28.

Rajinikanth’s 2.0 becomes the most expensive film than Baahubali 2