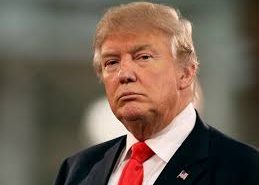 President-elect Donald Trump tweeted Friday evening asking “when will the U.S., and all countries, fight back” against a “purely religious threat,” pointing to the suspect in the recent fatal Berlin terror attack.

“The terrorist who killed so many people in Germany said just before crime, “by God’s will we will slaughter you pigs, I swear, we will……” Trump wrote Friday evening.

“slaughter you. This is a purely religious threat, which turned into reality. Such hatred! When will the U.S., and all countries, fight back?” he followed up.