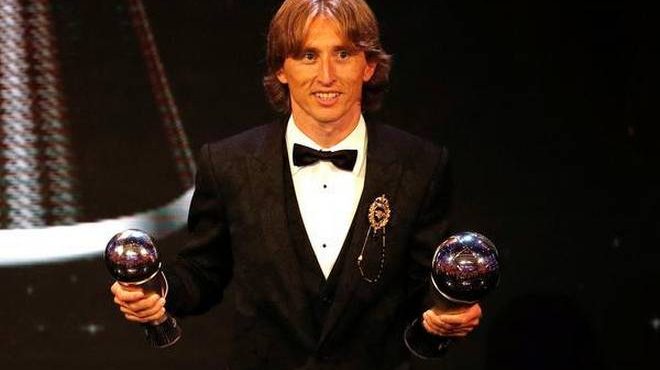 Luka Modric, who led Croatia to their first ever World Cup final in Russia, is the first player in 10 years to have broken Cristiano Ronaldo and Lionel Messi’s hold on FIFA’s top prize.

Croatia and Real Madrid midfielder Luka Modric won FIFA’s best player award in London on Monday.“This award is not just mine. It is my team mates”from Real Madrid and Croatia.

Modric is the first player since Kaka in 2007 to beat Ronaldo and Lionel Messi to FIFA’s top prize, both of whom were not present at the award ceremony.
“At this particular moment, I would like to mention my footballing idol and captain of Croatia generation 1998 and their first participation (at the World Cup finals as Croatia) and bronze in France,” Modric said