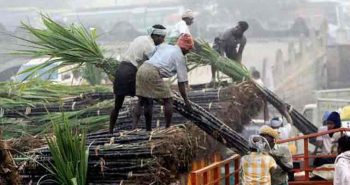 In the current crushing year 2016-17 its possible to give higher prices to growers due to the shortage of sugarcane crops in state and higher sugar prices.  It was told by H.S.Mahadev Prasad ,Minister for Coooperation and sugar.  He said it is possible to pay Rs.200 to Rs.300 per tonne of sugarcane above the current Fair and Remunerative Price (FRP) of Rs.2,300 per tonne at 9.50% recovery.  This year there is a shortage of sugarcane in Karnataka.  300 lakh tonnes of cane was available this year as against 376.65 lakh tonnes of cane last year (2015-16).  The farmers demanded Rs.3500  per tonne of sugarcane.  The farmers announced that they would continue their protest until the government took a positive decision on their demand.  He further added  that Maharashtra and Karnataka models on sugarcane prices had no much difference.  He appealed to the farmers to maintain patience on this issue and very soon a positive decision would be made.