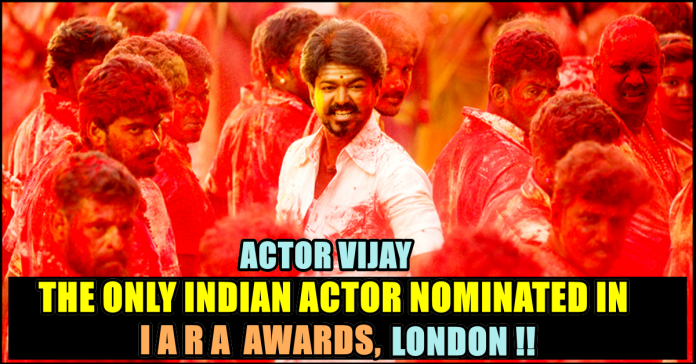 Thalapathy Vijay’s film Mersal established him as a star in the international market, partly owing to the numerous political controversies surrounding the film.

Now, Vijay’s performance in Mersal has won him international recognition.In the film, the actor took digs at the demonetisation scheme, which had been implemented by the current government. This had stirred up a hornets nest, at the time.

He has been felicitated by International Achievement Recognitions Awards (IARA) 2018.The London-based company has honoured Vijay with the Best International Actor award for 2018.