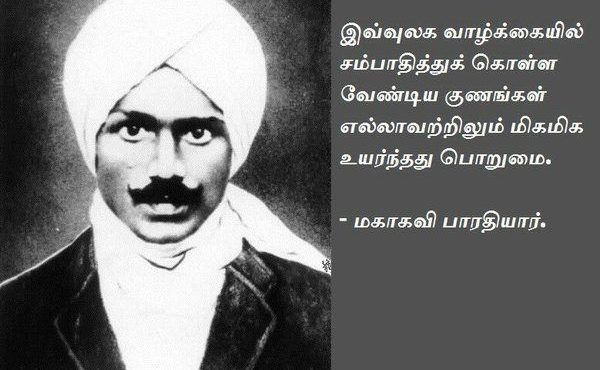 Popularly known as “Mahakavi Bharati”, he was a pioneer of modern Tamil poetry and is considered one of the greatest Tamil literary figures of all time.

His numerous works included fiery songs kindling patriotism during the Indian Independence movement.Today is a birth anniversary of Mahakavi Bharati.