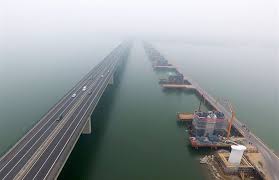 Some areas in northern China are likely to see another day of smog as the country’s national observatory issued a yellow alert for air pollution earlier Saturday.

Moderate smog will stay in some parts of Beijing, Tianjin, Hebei, Shandong, Henan, Shanxi and Shaanxi from Saturday morning to Sunday morning, according to the National Meteorological Center (NMC).

Central and southern Hebei, northwest Henan and central Shaanxi are expected to be hit by heavy smog, said the NMC.

The public in these regions have been advised to stay indoors, and warned to take protective and emergency measures against snow and frost.

China has a four-tier color-coded system for severe weather, with red being the most serious, followed by orange, yellow and blue.

From Sunday to Thursday, temperatures in most parts of central and eastern China are forecast to decline by 6 to 10 degrees Celsius, the NMC said Saturday.

After experiencing frequent bouts of smog, the Chinese public has become increasingly sensitive to the health hazard. To address public concerns, the government aims to cut the density of inhalable particulate matter by at least 10 percent in major cities by 2017.

The NMC also issued an alert for heavy fog in parts of Hebei, Anhui, Zhejiang and Sichuan, with visibility possibly reaching less than 200 meters.