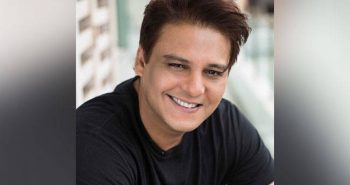 The CEO of Rizvi Builders, Abis Rizvi, 49, was among the two Indians killed when a gunman, reportedly dressed up as Santa Claus, opened fire in a nightclub in Istanbul on Sunday, slaying at least 39 people.

“I have a bad news from Turkey. We have lost two Indian nationals in the Istanbul attack. Indian Ambassador is on way to Istanbul. The victims are Mr Abis Rizvi, son of former Rajya Sabha MP, and Ms Khushi Shah from Gujarat… I have just spoken to Mr Akhtar Hassan Rizvi, father of Abis Rizvi. He and Mrs Rizvi also want to go to Istanbul. We are organising their visa. The Indian envoy in Turkey has been alerted and asked to “make all arrangements”.” Swaraj said in a series of tweets on Sunday.

Abis’ shocking death left many of his close friends from B-town shell shocked. Many took to Twitter to express their shock, anger and condolences.

Actor Randeep Hooda wrote, “Shocking .. Life is too short, we take too much for granted.. #RIP #AbisRizvi .. Good man.. My condolences to the family  #istanbulattack.”

Actress Raveena Tandon who was one of Abis’s close friends expressed her anger in the following words, “Abis,We shall miss youRIP my dearest friend.We love //t.co/JZUrUG1Jqt leave a deep gap in our hearts & lives ..#terrorattackistanbul. What one thinks,plans,does, all taken away in a moment, by sum crazed fanatical madmen.To all terror sympathisers,apologists.Burn in HELL. #istanbulterrorattack. #RipAbis … Love you !!! may you be happy Abis , whichever heaven you are in..you beautiful charmer soul you…”

Director Madhur Bhandarkar wrote, “Shocked by the news of losing one of my long time & dearest friend, Abis Rizvi, in the shootout in Istanbul. Will miss you my

Pooja Bhatt, another close friend of Abis tweeted, “Devastated to hear that our friend #AbisRizvi was shot dead in the Istanbul nightclub attack. My heart goes out to his family. RIP .”

Filmmaker Ananth Mahadevan wrote, “Shocked and saddened by the tragedy in Istanbul. Specially the loss of Abis Rizvi with whom i had recently bonded for a film!Insanity!!”

Wrote Javed Jaffery, “Devastated by the death of my friend #AbisRizvi in the dastardly terrorist attack this morning in an #Istanbul nightclub.”