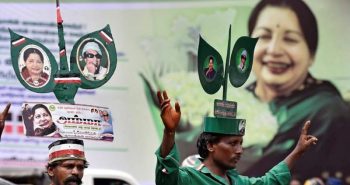 The Election Commission will decide which faction of the AIADMK is the lawful claimant to the party’s poll symbol – Two Leaves – a ruling that could potentially have far-reaching impact on both Panneerselvam and Natarajan in Tamil Nadu politics.

Sasikala-led AIADMK filed a petition before the commission on Tuesday staking claim to the party’s symbol.

Panneerselvam-led group had last week claimed that the party symbol rightfully belonged to it as Sasikala’s election as the AIADMK general secretary was ‘invalid and illegal’.

The tussle over party symbol began in the view of the by-election to the R.K. Nagar assembly constituency in Chennai on April 12. The constituency was held by late chief minister J. Jayalalithaa.