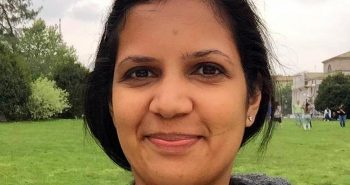 In that bag there was a suspicious device in that and this made the security officers take her to a room and start investigation, she said that its an instrument used to pump breast milk, but the officer didn’t believe her, after this they sent her to lady officers and there she was forced to use that device and pump the milk from breast. After that only she was permitted to go out.

And she said that a huge disrespect happened for me by the German police and I’ll not forget this I’ll surely case a file and take proper action against them, said by Gayathri Bose.