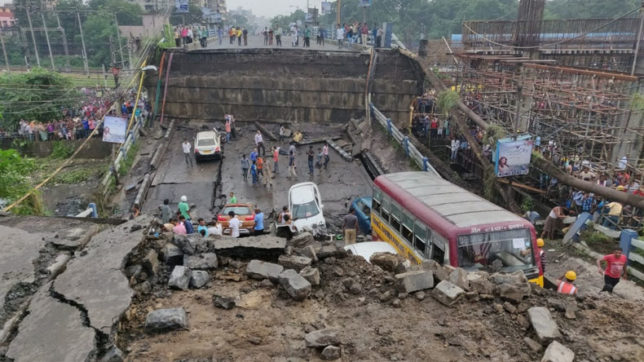 A section of an over 50-year-old bridge on the Diamond Harbour Road in south Kolkata collapsed on Tuesday evening, killing at least one person and injuring 21. Several people are still believed to be trapped, and many vehicles were crushed in the debris.

The chief minister also announced a compensation of Rs 5 lakh to the family of the dead and Rs 50,000 each to the injured.

Mamata Banerjee said that thousands of people pass through the area and the government has to probe the accident. “A probe will be done by a committee headed by Chief Secretary Malay De to find out the cause of the collapse. Action will be taken against those whose negligence caused the accident”. she said.