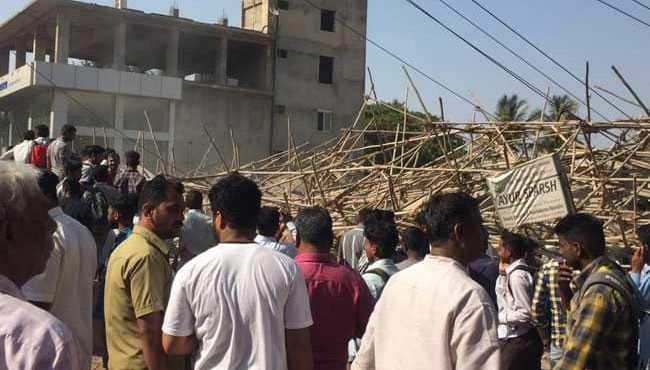 Karnataka’s Dharwad area building collapsed at yesterday. The death toll has been increased to 5.

The company owned by a former minister of the Congress party has been involved in construction work for the past two years.

On the 2nd and third floor work was set up. Yesterday, suddenly collapsed when a large number of construction workers from the northwest were inside the building.

Police, fire department and disaster management department have been involved in over 150 rescue operations.