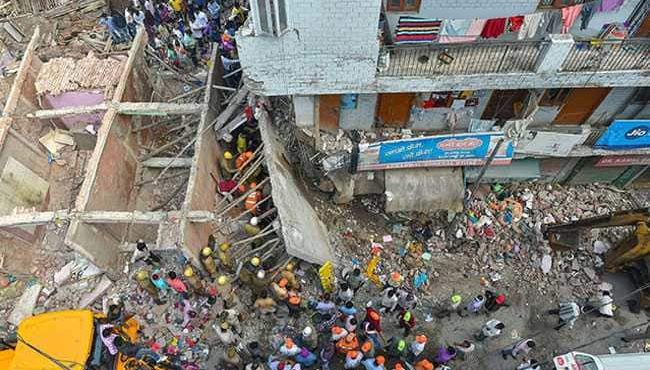 One woman and four children were killed and at least seven injured after a three-storey building collapsed in northwest Delhi’s Ashok Vihar on Wednesday.

The injured have been rushed to Deep Chand Bandhu Hospital, police said. The woman who died was identified as Munni. Two brothers, aged around 10, and a boy and his sister aged below five years were among the dead.

A call about the incident was received at 9.25 am and six fire tenders were rushed to the spot near Sawan Park, an officer said.Two teams of the NDRF have been mobilised for rescue operations, a NDRF spokesperson said.