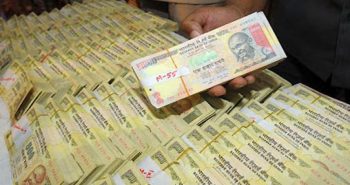 The businessman has named four persons including another cop and two middlemen who he charged with swindling Rs 36 lakhs from the assured sum. The businessman had approached the Inspector through the middlemen named in the complaint. They had agreed to exchange Rs 1 crore for a premium (which was not disclosed to the media), nearly 2 months ago.

The businessman was questioned by the top brass and was asked to share further details about the transactions in which the Police Inspector was alleged to have played a key role. Based on the inputs, the top cops were planning to confront the Inspector. “We have received a complaint from a businessman based in Anna Nagar, based on which we are examining the role of the Inspector. The probe is at a preliminary stage. We would get to know about the merits of the complaint only after a detailed probe,” said a senior police official who is privy to the investigation.