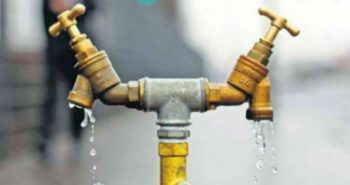 As the strike carried out by the private water tanker association continues for the third day, residents of the southern suburbs, completely dependent on tankers, are totally hit.

With summer and exam season around, the strike has occurred at a wrong time, thus toppling the lives of OMR residents, who neither have a metro water supply nor a significant groundwater table.

While a few of them with borewells have managed the situation, residents in the apartments are facing the heat.

“The situation is so bad, that we would have shifted to our relatives’ residences, if not for the exams of our children. With no other choice, we are using can water for other household purposes,” said Riaz Ahmed, secretary of the Swasthi residents owners’ association at Thoraipakkam.

“We rely completely on water tankers, as the locality has a poor groundwater table and no metro water connection. Can the government respond at the earliest?” he questioned.

With the demand, the prices of the can water have escalated in many parts of the Old Mahabalipuram Road. “What used to be `30 per can, has now increased to `40–`45, based on the demand. We cannot afford to lose the major sum of our income to manage the water expenses,” said Gajaraju K, a Perungudi resident.
Meanwhile, lorry drivers who are now protesting at Pallavaram- Thoraipakkam Road and at Siruseri Sipcot, told Deccan Chronicle, that they would not withdraw the strike, without the officials satisfying their demands.

“As many as 1,200 lorries are continuing the protest and we were approached by no officials. We are distressed that the district administration is least concerned about the plight of the common man,” said K. R. Mani of the South Chennai Lorry Owners Association.

A total of seven vehicles was seized at Thiruporur, on allegations of illegally drawing the groundwater. Members urged the collectorate to hand over the vehicles to owners and provide them with licenses for drawing water.

Officials from Kancheepuram collectorate said that there is an internal chaos due to the change in the collector and that there would be a delay in holding talks with the tanker members.