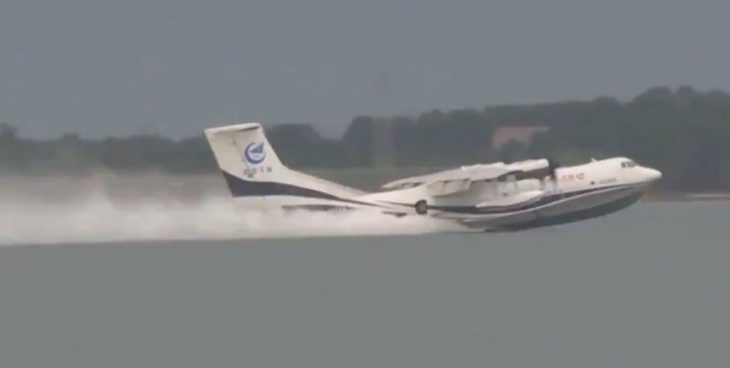 According to China Aviation Industry General Aircraft Co. Ltd, The AG600, codenamed “Kunlong,” successfully finished a trial flight from an airport in the city of Zhuhai, south China’s Guangdong Province, to an airport in Jingmen

The aircraft passed a series of tests since its maiden flight last December.