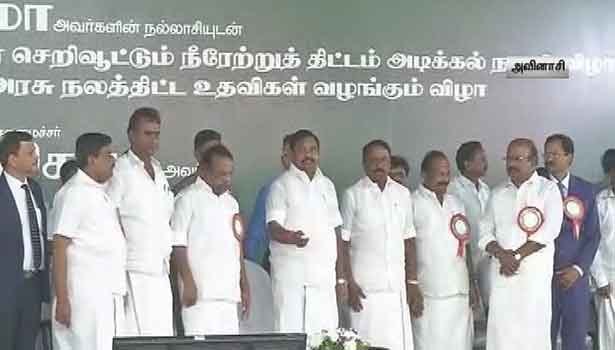 The foundation ceremony was held at Pudupalayam. This project was the 60th year dream of Coimbatore, Erode and Tirupur districts people. Chief Minister Edappadi Palanisamy participated in the event and received 108 women honors.

Chief Minister laid the foundation for the Athikadavu-Avinashi project, many politicians are participates in this event, including Speaker Dhanapal and Ministers.