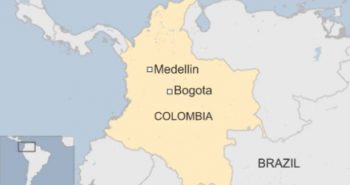 A flight with 81 passengers on board, including foot ball players from a Brazilian football team heading to Colombia for a regional tournament final, has crashed on its way to Medellin’s airport.

Colombia’s Civil Aviation Association said survivors were being moved from the crash site to nearby hospitals.

Jose Maria Cordova said in his twitter, rescue workers had to access the crash site by ground, due to harsh weather conditions.

The Chapocoense football team players was among the 72 passengers and also nine flight staffs on board the aircraft.

Gutierrez said about this accident in radio, “It’s a tragedy of huge proportions” On his way to the site in a mountainous area outside the city where the chartered aircraft was believed to have crashed shortly before midnight local time.

Heavy snowfall: Flight cancelled in US