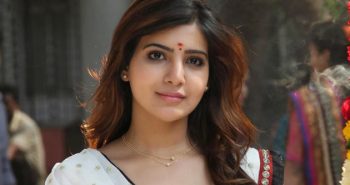 Director Nag Ashwin approached  Samantha for the lead role in his next movie which is biopic of ‘Savitri’, the great actress of 50’s and 60’s, however, sources now clarify that she will not be playing the title role. Reportedly, her role will be that of a narrator.

A source from the film’s unit told IANS, “Samantha has been finalised. Contrary to some rumours, she won’t play Savitri in the film. Instead, she will be seen in a pivotal role and it’s through her eyes the story of Savitri will be narrated. The makers are yet to finalize an actress for Savitri’s part”.

Now the director is in talks with couple of actresses for the role of Savitri and we hear Nithya Menon is the front runner for it.

Talks were held with a few actresses but nobody has been finalised yet. The makers plan to make an official announcement early next year.

The project, according to the source, will go on the floors from February 2017.