Confusion over whether Syria rebels will attend Astana talks 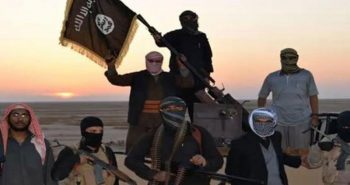 Syrian rebel representative and officials from Kazakhstan’s government offered conflicting information Wednesday as to whether Syria’s armed opposition groups would end their boycott and attend talks with the Syrian government in the Kazakh capital, Astana.

Russia’s Interfax news agency quoted Kazakh Foreign Ministry spokesman Onuar Zhainakov as saying that the talks had been extended and some rebel groups had agreed to take part.

“We expect the arrival of representatives from the northern and southern fronts of the armed Syrian opposition,” Zhainakov said, according to the Interfax report.
However, two rebel officials immediately dismissed the report.

Mamoun Haj Mousa, from the Suqour al-Sham Brigade, said there are no plans for factions to attend the talks and another opposition official, Yahya al-Aridi, simply stated, “Let them say what they wish.”

The Astana talks, brokered by Russia and Turkey, are centered on reaching a cease-fire in Syria and getting humanitarian relief to millions of suffering civilians. They run parallel to the U.N.-mediated political talks in Geneva aimed at ending Syria’s civil war.

Rebels announced earlier this week they would not attend the Astana talks because of repeated cease-fire violations by the government.