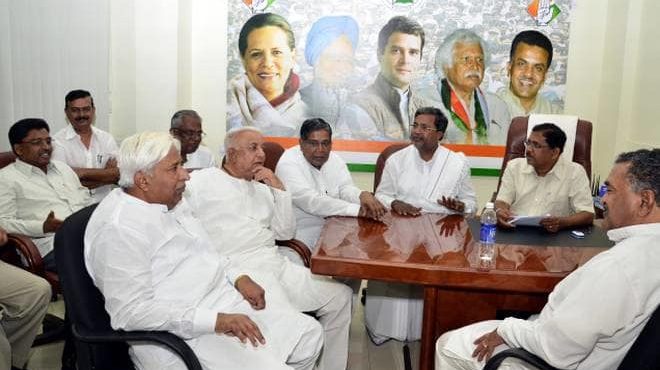 Congress MLAs have been assembled at 3.30 pm in Vidhana Chatta in Bengaluru today following reports of Congress MLAs being priced.

Former Chief Minister Siddaramaiah has ordered all MLAs to be present at the meeting. It has also been warned that drastic action will be taken against MLAs who have not participated in the meeting.