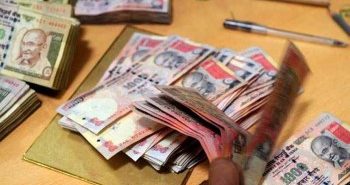 The Income Tax Department has begun to send notices to those who made deposits at banks that exceeded Rs 2.5 lakh. Hundreds of notices seeking the source of the money were issued after banks reported cases of “unusual or suspicious volumes of cash deposits” since the Centre’s decision to demonetise Rs 500 and Rs 1,000 notes, PTI reported on Saturday.

The Income tax department has begun a country-wide enquiry in this regard and has issued notices under section 133 (6) of the Income Tax Act (power to call for information) in various cities and towns of the country. The income tax notices will be sent to the people whose bank account has a suspicious amount of cash deposits.

“The notices are being issued where the department feels the cash deposits made in the demonetised currency are suspect. This is part of the vigil that the taxman has deployed to check  tax evasion, money-laundering and black money in the wake of demonetisation of the two high denomination currencies on November 8,” IT department officials said in a statement.

The notices cite the date and amount deposited by an entity in the old currency and goes on to seek “supporting documents, books of accounts and bills to explain the said cash deposits.”

The department has stepped up survey operations against real estate players, bullion traders, hawala operatives and cooperative banks.  It has also issued notices to charitable and religious organisations.