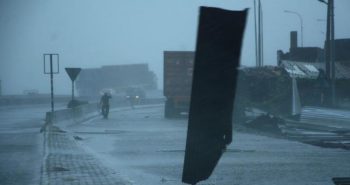 At least 12 persons were died in Tamil Nadu and Andhra Pradesh as a severe cyclonic storm.

The cyclonic storm is likely to weaken into a depression while continuing to bring rainfall in Bengaluru in the coming hours but wind speed may hover around the 70 km/hour mark, the director of the Regional Meteorological Centre in Chennai S. Stella told IANS.

On Dec. 12, a “very severe” cyclonic storm hit Tamil Nadu shores, causing death and destruction in its capital city, Chennai, besides other areas.

The cyclone Vardah made landfall north of Chennai at around 3pm and the city was lashed by winds blowing at up to 140 kmph.

About 10,000 people have been evacuated from areas near the sea in Tamil Nadu and over 9,400 persons moved to relief camps in Andhra Pradesh.