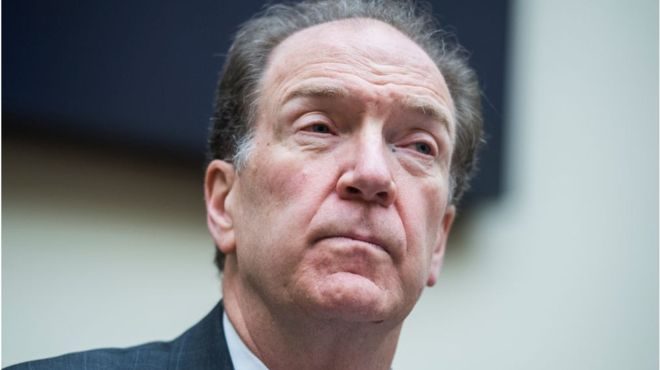 Washington: Chairman of the World Bank, David Malpass, a Treasury official, has been unanimously chosen by the Chancellor Trump government.

The 25-member executive committee of the World Bank met and discussed the choice of the next chairman. At the end of the consultation, 63-year-old David Malpass was unanimous.

David Malpass is currently working as a US Treasury Officer in the International Affairs Department of Trump. The next five years will begin on April 9 and will be in charge of the next 5 years as Head of World Bank.