David Warner in a rest Before India tour:- 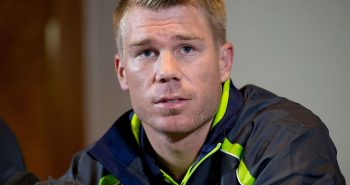 David warner likely to welcome a rest before the tour of India which is going to be on next month. He said that I’m so happy to receive a rest because it’s a little tough to prepare to play in the sub-continental conditions.

He had received the title as Australian player of the year award, he won back-to-back Allan Border medals on Monday night, has been excused from the three ODI games in New Zealand starting next week after a hectic southern summer.

He continued that he will fly to home on Feb 5th and will spent some time there along with a rest, I thank Australia for permitting me to take these kind of little rests in home and to prepare for the tour in India because they won’t give any-kind of excuses here.