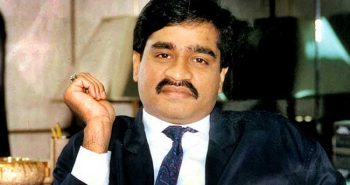 Citing a media report, the BJP on Wednesday claimed that properties worth Rs 15000 crore owned by Dawood Ibrahim, one of India’s most wanted criminals, have been seized in the UAE on the basis of a dossier provided by the Indian government.

“Major diplomatic success of PM Modi: One of India’s most wanted criminals, Dawood Ibrahim’s properties worth Rs. 15,000 crore seized in UAE,” the official Twitter account of the party claimed.

“Masterstroke diplomacy by PM Narendra Modi hits at the right place. Prime Minister had handed over the list of his (Dawood’s) assets to the UAE government during his 2015 visit and demanded action,” a graphic put out by it said.

As per the report that Underworld don Dawood has properties including hotels and shares in top rung companies in UAE. The media house further said that the UAE authorities have also sealed properties of Dawood in Dubai.