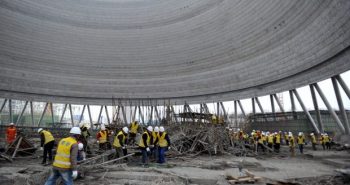 Seventy-four people have been confirmed dead and another two injured as a platform of a power plant’s cooling tower under construction collapsed in east China’s Jiangxi Province, state-media reported on Friday.

Till late last night 68 victims have been identified. Most of them were born after 1980, with the youngest being 23 years old, and the oldest 53, the report said.

The accident occurred in Fengcheng Power Plant at about 7am local time, the Xinhua news agency reported.

President Xi Jinping and Premier Li Keqiang had urged local authorities to spare no efforts in the rescue, treatment and follow-up work.