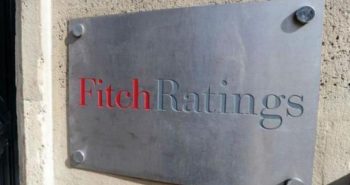 The US-based Fitch Ratings today appeared to pick holes in the government’s 7 per cent growth estimate for the December quarter despite the cash crackdown, saying official data suggesting strong private consumption are at odds with real services activity.

The rating agency, however, projected a robust 7.1 per cent growth for 2016-17 and 7.7 per cent in the following two financial years (2017-18 and 2018-19). Fitch said estimates released by the Central Statistics Office (CSO) last week showed GDP was “hardly hit” in October-December by the cash crunch after the government’s sudden move to pull out 86 per cent of currency in circulation overnight.

The 7 per cent GDP growth in the third quarter is marginally lower than 7.4 per cent expansion in the previous quarter.

“This number looks somewhat surprising as real activity data released since demonetisation pointed to weak consumption and services activity because these transactions are cash-intensive. By contrast, official data suggest that private consumption was strong in October-December (though services output growth moderated quite substantially),” it said.

In its latest Global Economic Outlook (GEO), Fitch said one reason for this discrepancy could be the inability of the official data to capture the negative effect of demonetisation on the informal sector.

“However, the formal sector also remained surprisingly robust. This raises the possibility that these initial estimates of the growth impact of demonetisation could well be underestimated, with the possibility of revisions to official GDP data later on,” it said.

Fitch’s projection of 7.1 per cent economic growth for this fiscal is in line with the estimates of CSO and global think-tank OECD. This growth rate compares to 7.8 per cent expansion in 2015-16.

Forecasting robust growth rates for India in the next two fiscal, Fitch said: “Gradual implementation of the structural reform agenda is expected to contribute to higher growth, as will higher real disposable income, supported by an almost 24 per cent hike in civil servants’ wages at the state level.”

It said macroeconomic policy support to growth may gradually fade.

“There may still be some positive impact from the previous accommodative monetary policy stance, but the Reserve Bank of India signalled in its February meeting that its interest rate easing cycle had come to an end,” it added.

“We are now expecting the policy interest rate to stay at its current level of 6.25 per cent. At the same time, the government announced in the last Budget the raising of the deficit target for 2017-18 to 3.2 per cent of GDP, from 3 per cent, which would support growth.”