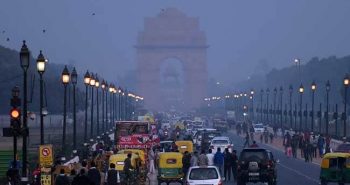 Environment and  Forest Minister Imran Hussain on Thursday inspected fourteen days after a tree plantation drive was conducted across Delhi. It was found that most plants appeared to be growing normally but some are not watered properly due to the inadequate water supply. The mass plantation drive was held on September  8  by the Delhi government , its agencies and other organisations. To check whether the saplings were being cared for properly  Mr.Hussain visited Garhi Mandu , a biggest plantation site. During Thursday’s inspection, the Minister observed that while overall the plantation showed normal growth, at some pockets it appeared that the plantation was not adequately watered/taken care of [sic],” the government statement said. “The Minister stated that all greening agencies should strive to ensure 100% survival rate of the plantation or thereabouts. Only then the real purpose of reducing air pollution by tree plantation will be achieved [sic],” the government said. Seventy different species of trees and shrubs were planted during Mass plantation drive and it included Mango, Jamun, Guava, Imli and Gulmohar.