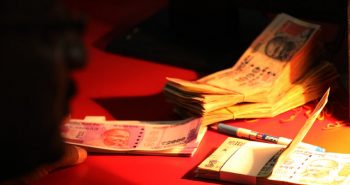 Unaccounted deposits made in old currencies up to December 30 will attract a 50 per cent tax and a lock-in about four years if it is declared to the Income Tax Department, sources in the government said on Friday, as the central government continues to plug holes 20 days after it announced that high-value currency denomination would no longer be valid.

Half of remaining deposits, or 25 per cent of the original deposit, will not be allowed to be withdrawn for four years, sources said.

Undisclosed money detected in bank accounts could attract a penalty of up to 90 per cent tax and a longer-lock in period, the sources said.

The government on November 8 had given a 50-day period for people to exchange or depositing their old Rs 55 and Rs 1,000 notes. The amendments approved by the government have already been sent to the President for his assent and will possibly be introduced in Parliament next week.