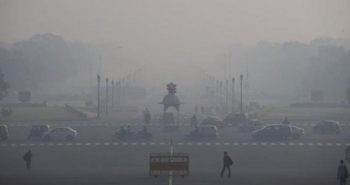 The Indian Meteorological Department said the weather was likely to last for another six days.

According to Times of India, the first fog of winter settled over Delhi and the National Capital Region on Wednesday morning. Fog and low visibility was also reported from other parts of northern India, including in Chandigarh, Haryana, Punjab and Uttar Pradesh.

Flight operations at Delhi and Lucknow airport affected due to dense fog; many flights delayed.

24 Trains Delayed, 1 cancelled and 14 Flights Delayed Due to Fog