Dhanush’s second project as a director 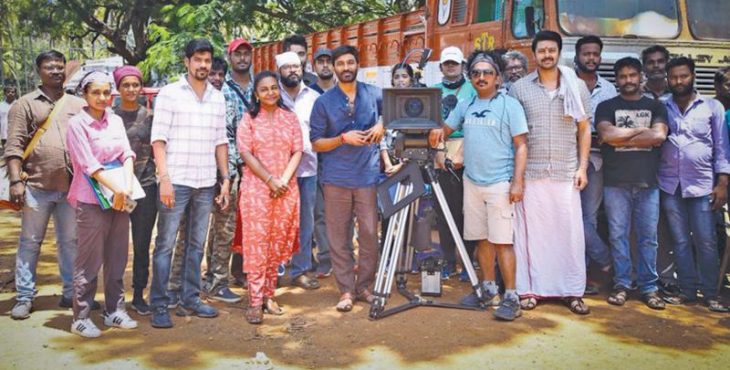 Actor-filmmaker Dhanush, who made his directorial debut with Pa Paandi, has started working on his second project as a director. The yet-untitled film has gone on floors in Tirunelveli, and it has Dhanush himself playing the lead protagonist

Bankrolled by Thenandal Productions, the film is touted to be a modern-day drama with a short period segment. It is a bilingual film that’s being shot in Tamil and Telugu simultaneously. Dhanush has brought Muthuraj on board for the art direction. Om Prakash will be behind the camera and Sean Roldan will be composing the music.

News of the project’s launch has been confirmed in a Tweet sent out by the production house. It reads, “Shooting of our next project with the dynamic @dhanushkraja, as director and hero, with a super talented team has begun! Excited and looking forward to this bilingual! #DD2 (sic)”.