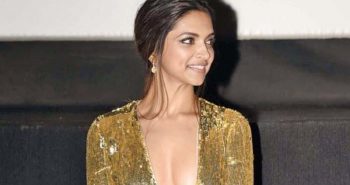 There’ve been numerous stories of how the Bollywood divas go under the knife to enhance their beauty or go those extra miles of skin lightening treatment to achieve the radiant glow they aspire of.

It’s been a while now that the dimpled diva Deepika Padukone has a rumour attached to her that she’s undergone a skin lightening treatment to reduce melanin production, which in turn has given her the sparkling fairer skin.

Recently at one of the popular talk shows, when she was questioned about the most bizarre thing that she’s ever heard about herself, she got the above said topic in light and thus pushing these rumours to rest. “I heard a really bizarre one recently which was about…apparently I’ve done some surgery to look fair. Who does that guys?” the actress said on Rajeev Masand’s show.

Well, she cleared the air once and for all.

Talking about her Bollywood projects, she’s currently shooting for filmmaker Sanjay Leela Bhansali’s magnum opus ‘Padmavati’ opposite Shahid Kapoor and rumoured beau Ranveer Singh. The film is slated to have a November 17, 2017 realease.