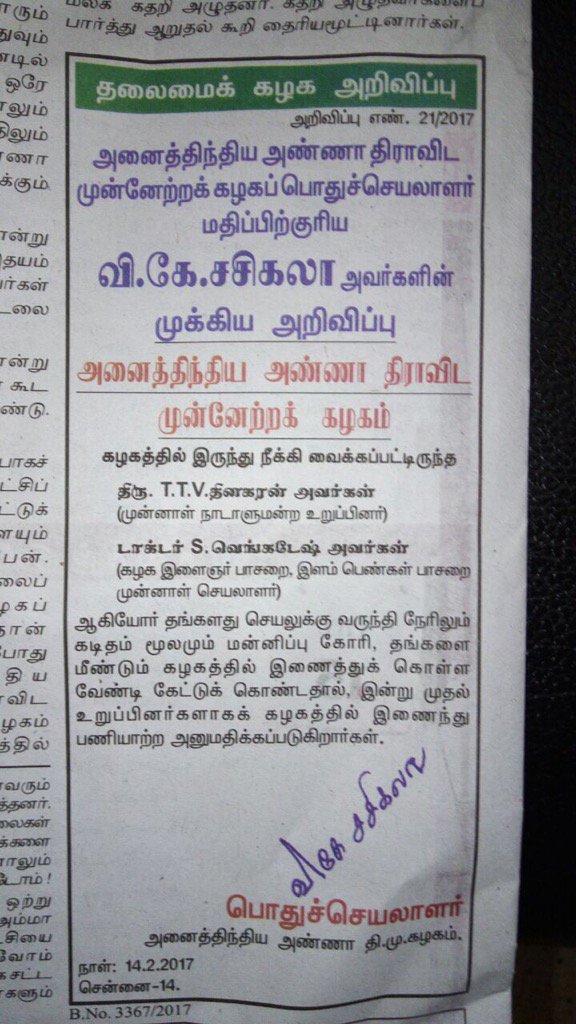 Honorable Former Chief Minister Ms.J.Jayalalitha removed Dhinakaran and doctor Venkatesh from the basic membership of AIADMK because they are doing some suspicious activities against the Party rules, in this situation today morning the “Temporary” General Secretery of AIADMK V.K.Sasikala had joined them again in the party.

Yesterday itself Sasikala was convicted in the Assets case, it seems to be even if Sasikala is in jail she wants to maintain the party in her own hands so only she added her family people again in the party.

How can Sasikala add the people those were removed by Honorable Jayalalitha, surely Jayalalitha won’t Rest in peace and she will make a curse on Sasikala, the real members and followers who having respect in Jayalalitha were tweeting like this.