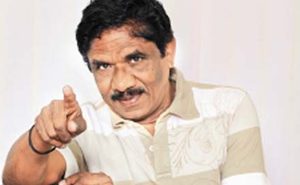 Bharathi Raja advised the young gen directors to publish our culture in modern world technologies, when he initiated the 14th cinema function ,he continued that”I was born in a south end farmer family,and I grew up by watching sivagi & MGR films” for me cinema appeared to be a magical world,and an heaven world so only I came into it with a keen interest , after I entered into it  I came to know that cinema is a social media and we can help people through this medium.

In the past there were poets and literates who brought coordination and unity in this world, in these modern world cinema is the medium which acts as a coordinating agent, by learning the other cultures world has minimized, earlier its too difficult to watch a cinema but now a days its coming to our hand after the release date.

By these kind of functions and cine press meet the young gen directors hast to learn the cine technology, with the help of that medium we have to show our culture to the entire world,in this function many cine celebrities had participated like actor vishal,producer kalaipuli dhanu,actress iswarya rajesh.