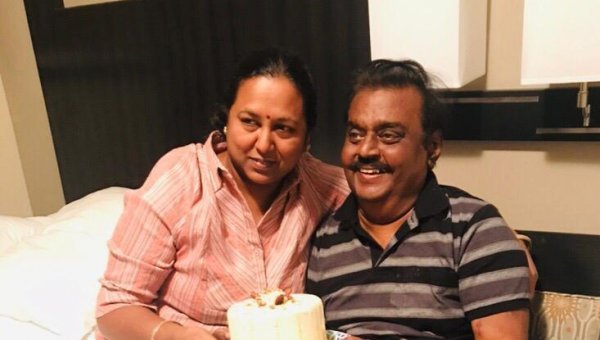 Vijayakanth, DMDK leader, celebrated his 29th wedding anniversary with family members in the US.

Vijayakanth married Pramalatha on the same day in 1990. He is a DMDK founder and is currently suffering from illness and has been living in the United States.

Photos that are cutting cake and feed each other this photo was spreading viral on the social media. Many of them are greeted by fans.