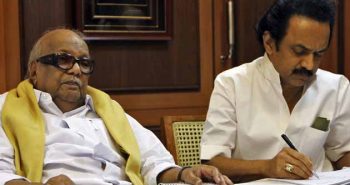 DMK on Monday announced that its General Council meeting, which was deferred in view of M Karunanidhi’s hospitalisation, would be held on 4 January, 2017 at the party headquarters Anna Arivalayam.

DMK General Secretary K Anbazhagan said that the General Council, originally slated on 20 December under its President M Karunanidhi, will now be held next month.