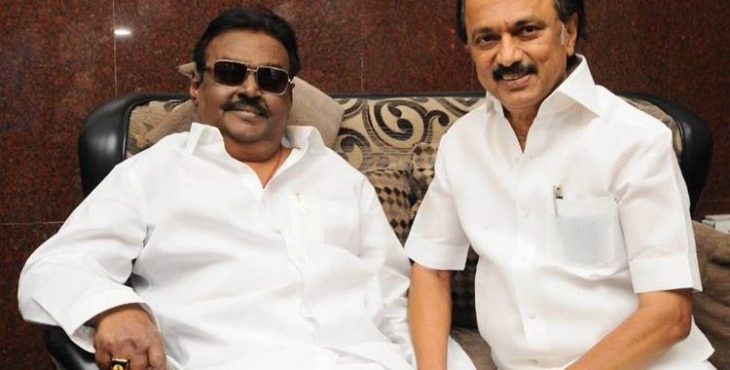 As the new coalition is taking place in Tamil politics, DMK leader stalin went to his residence and spoke to DMDK leader Vijayakanth.

MK Stalin and DMK MLA M Subramaniyan accompanied him and the DMDC negotiations were welcomed by the Chairman of the Committee Sudesh Wadil. The 20-minutes meeting was attended by the Vijayakanth family and the chief executives.