Doctor posts note on Whatsapp before killing self over loneliness 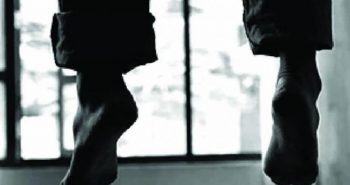 A doctor posted in a primary health centre at Sitamau in Mandsaur district allegedly hanged himself in his house early on Thursday after sending a “suicide note” on a messaging app, the police said.

According to a police officer, Dr Kishore Patidar (35) was fed up with “loneliness”.

“Dr Patidar has written a suicide note and sent it to social media to his colleague Dr Vijay Krishna Sura, who after noticing it in morning rushed to Patidar’s house along with others and knocked at the door,” Sitamau police station In-charge, N S Maravi said.

They broke open the door and found Dr Patidar hanging from a fan in his bedroom.

Maravi said Dr Patidar had purportedly written in the note that he couldn’t live alone.

“I am committing suicide as I wished to do so. Nobody is responsible for it. I am doing it as I am unable to live alone. Though I will suffer pains in giving my life, it will not be more than living alone,” the police officer said quoting the note.

The deceased got married in 2012 and his wife lives in Jhalawar in Rajasthan, where she works in a medical college.

A case has been registered at Sitamau police station and further probe is on.