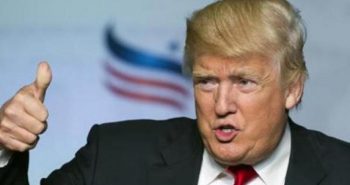 President Donald Trump has given an ultimatum to Republicans to pass the American Health Care Act as he threatened to leave “Obamacare” in place and “move ahead with other priorities” after his administration failed
to get enough votes for its passage.

“Disastrous #Obamacare has led to higher costs & fewer options. It will only continue to get worse! We must #RepealANDReplace. #PassTheBill,” Trump said in a tweet.

In a closed-door meeting with Republican lawmakers, Trump warned his party colleagues to leave Obamacare in places unless they pass the legislation to repeal and replace it, according to news reports.

The message was communicated through the White House budget director Mick Mulvaney. Mulvaney warned that if the legislation fails to pass through the Congress, Trump would move ahead with his other priorities.

“We have to have a vote tomorrow. He expects it to pass, but he’s moving on if for some reason, it didn’t,” Congressman Chris Collins from New York told reporters.

The White House said the people of the country are waiting for the political leadership to fulfill the promise they made in the election campaign.

“The American people will be counting on to fulfill their promise of repealing and replacing Obamacare by supporting this bill,” White House Press Secretary Sean Spicer told reporters.

“This bill has truly been a collaborative effort from the beginning. Through an open and deliberative process, the President and his team have helped to negotiate a very, very strong bill,” he said.

“The amendments that have been incorporated add important aspects to the bill, like removing costly essential health benefit insurance regulations; repealing Obamacare taxes immediately, starting in 2017; reforming Medicaid by allowing
states to accept funding as a block grant to implement able-bodied work requirements; and blocking states from receiving enhanced Federal Medical Assistance Percentages if they expanded during the transition,” Spicer said.

The vote to repeal and replace Obamacare was initially scheduled for yesterday night. However, in the absence of a majority, House Speaker Paul Ryan has pushed it to Friday. It could even happen on Monday.

In a meeting with truckers at the White House, Trump said Obamacare has inflected great pain on American truckers. “Many of you were forced to buy health insurance on the Obamacare exchanges. You experienced a crippling rise in premiums, and a dramatic loss in options. And you just take a look at what’s happened to the costs, and it’s incredible…,” he said.

Referring to the vote on the bill, he acknowledged that it was going to be very close,” he said. “It’s going to be a very close vote. By the way, it’s close not because Obamacare’s good — it’s close for politics.

They know it’s no good. Everybody knows it’s no good. Only, politics. We have a great bill and I think we have a very good chance. But it’s only politics,” he added.