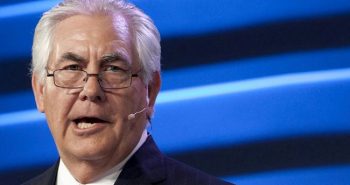 President-elect Donald Trump has picked as his secretary of state Rex Tillerson, the chief executive of ExxonMobil, according to a senior official on the transition team.

Romney, Petraeus and Corker – the three leading runners-up for the diplomatic post all received calls late Monday informing them of Trump’s decision, according to people familiar with the final choice.

“I will be making my announcement on the next Secretary of State tomorrow morning,” Trump said, using his favored medium, Twitter.

Tillerson, 64, spearheaded ExxonMobil’s partnership with Russian oil giant Rosneft. In 2014, Putin gave him the Order of Friendship, one of the highest honors Russia gives foreign citizens.

If confirmed as Secretary of State, Tillerson would face a new challenge: nurturing alliances around the world that are built less on deals and more on diplomacy.