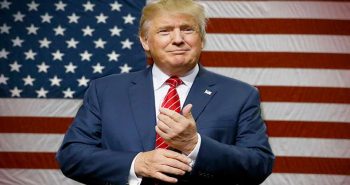 US President-elect Donald Trump has surpassed the necessary 270 votes in the Electoral College — ensuring that the billionaire will become America’s 45th president.

“We did it!” the 70-year-old billionaire tweeted after the results came in. “Thank you to all of my great supporters, we just officially won the election (despite all of the distorted and inaccurate media).”

The first response from Trump’s camp came from Vice President-elect Mike Pence, who tweeted: “Congratulations to @RealDonaldTrump; officially elected President of the United States today by the Electoral College!”

Pence also wrote: “I’m honored & humbled to be officially elected today as the next Vice President of the United States of America by the Electoral College.”