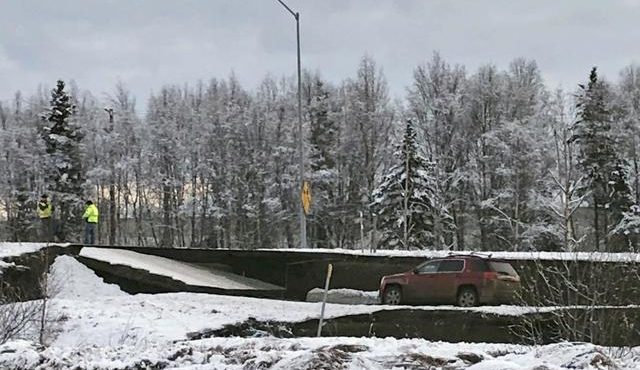 America: People have afraid by the 7-magnitude earthquake in the state of Alaska. There is a tsunami warning and people are frightened. Alaska is the largest city in North America.

Many roads and bridges have been closed. The police said that people have been asked not to go on the roads.