Wicketkeeper Jos Buttler and off-spinner Jack Leach have been recalled to the England squad for the fifth and final Test of the series against India while batsman Sam Billings has been released by the team management.

Buttler had missed the fourth Test due to the birth of his second child while Leach is expected to be included in the playing XI for the series-finale which will be played at Old Trafford in Manchester from September 10.

“Lancashire wicketkeeper-batsman Jos Buttler returns to the squad following the birth of his daughter during the fourth Test at the Kia Oval.

“Somerset spinner Jack Leach has been added to the squad for the final Test of the series. Batsman Sam Billings, who was included in the fourth Test squad, has returned to Kent,” the England and Wales Cricket Board (ECB) said in a statement. 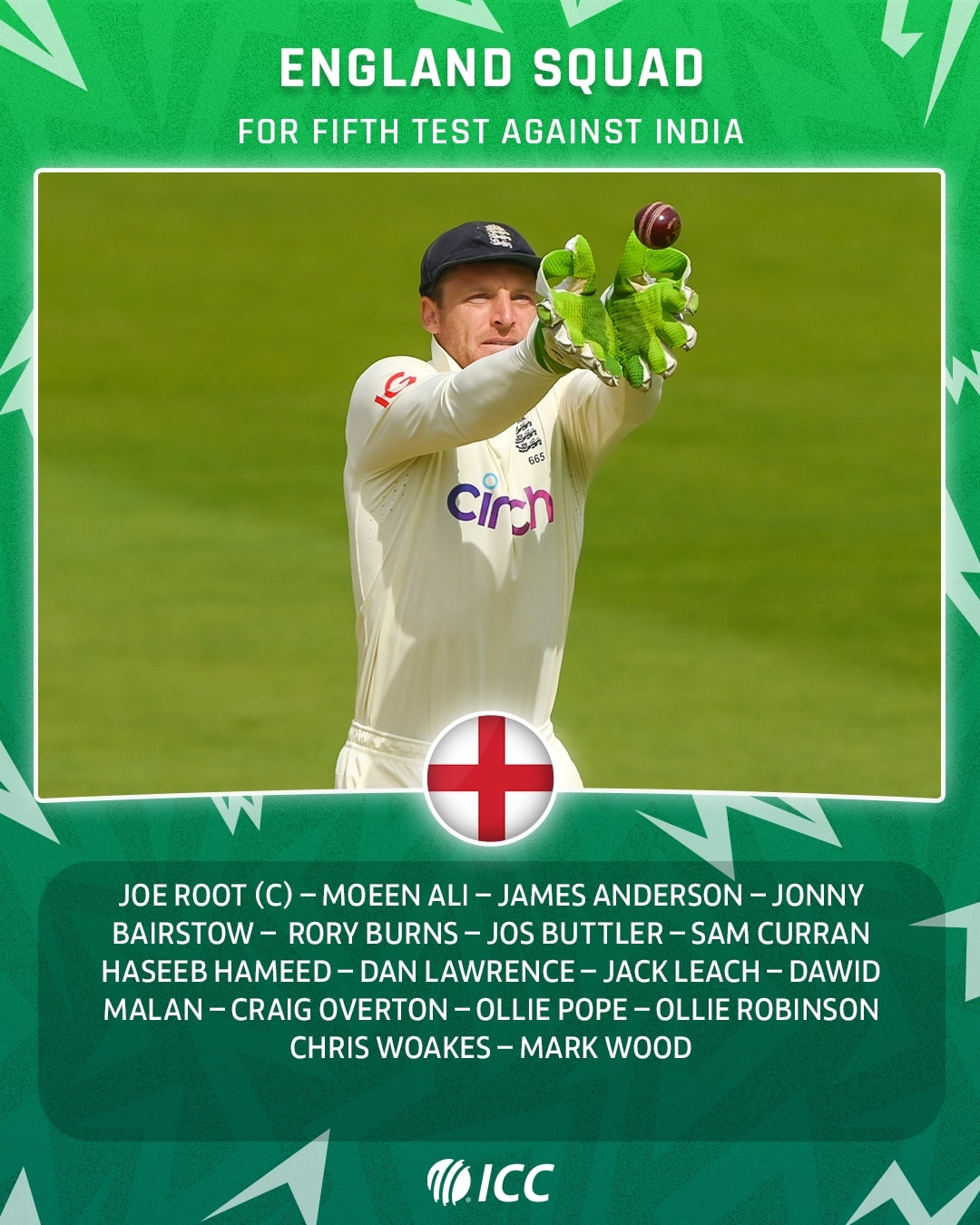 England trail the five-match series 2-1 after losing the fourth Test by 157 runs at The Oval on Monday.

England won the series against west Indies as 2-1