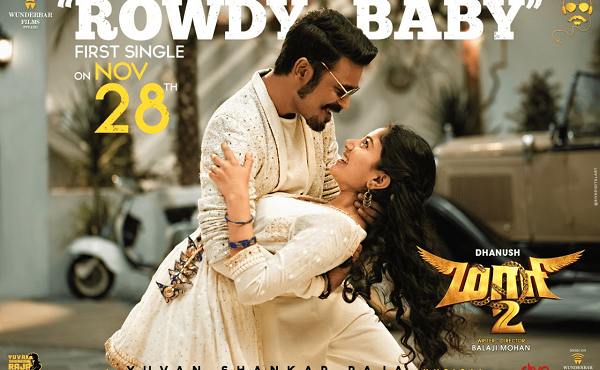 Super excited to release the first single of maari2 ‘Rowdybaby’song out. Yuvan Shankar raja composes musical for the film and Prabhu Deva make choreography of the film.