Exclusive: Akshara Haasan wants to go bald for a film 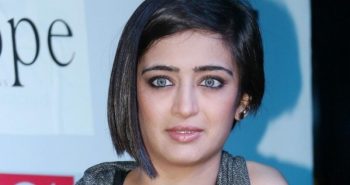 Akshara Haasan isn’t a quintessential leading lady. While most actresses shudder at the thought of snipping a few inches of hair for roles, Akshara wouldn’t mind going all out bald for a film. In fact, she can’t wait to do it. “I’m looking forward to go bald for a film but nothing has been offered to me yet. Given a chance I’d take a pair of scissors and do it now!”

This wouldn’t be the first time that she’d do such a thing. Recounting an incident from her childhood she says, “I used to have short hair as a kid. When I casually mentioned to my father (Kamal Haasan) that I wonder what it’s like to be bald, he said, ‘let’s do it now’! He took me to the bathroom and shaved my head. I was seven at the time. It was really cool. We often indulged in such craziness and entertainment.”