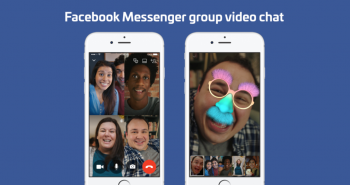 On Monday, Facebook announced that its Messenger app will let users conduct group video chats in real time. The splitscreen video will support six callers at any given time, but up to 50 users can join the conversation via text and voice, with the “dominant speaker” popping up on the video feed.

To start a group video chat, just tap the video icon in an existing conversation. All the participants will be notified to go on video and can join in when they’re ready. In addition, you can add new users to the conversation by pinging them directly.

The feature is set to roll out worldwide across Android, iOS and desktop starting today.

Facebook says that 245 million people use Messenger every month to conduct video calls per month, ensuring that there is a new way for people to feel closer to each other